Why I call them IDiots 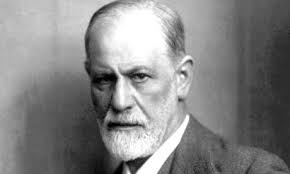 My father was a psychologist from Vienna.

Not the type of psychologist that the most famous practitioner of psychology from Vienna practiced.  Dad was an experimental psychologist. Not a clinician. He spent a very distinguished career trying to find out what mechanisms our brain uses in learning.

I always found it vaguely poetic that he was trying to learn how people learn.

I also found it inspiring. Which is one of the reasons I chose psychology as a major in college. Like my father, I was fascinated by how our minds worked.  As it turned out my father and I had viewed the psychological world through the same lenses. He was a great believer in operant conditioning, BF Skinners belief that we develop behaviorally based on positive and negative rewards. It made sense to me intellectually. And, more importantly, at least to me, it was not theoretical, it could be proven empirically.

But he and my mother shaped me that way. It was odd, or perhaps to be expected,  whenever I returned from school and began to discuss whatever had stimulated me in developmental or educational psychology he would nod his head and more often than not respond “Yes, your mother and I decided to raised you using that theory.” It was a little unnerving at the time that my parents had chosen specific psychological theories in which to raise me, but it was probably better than them just winging it.

One of the things that my father did not like was constantly being compared to Sigmund Freund. This was inevitable considering his field and place of birth. But what Freud represented was in many ways the antithesis of who he was. My father was a scientist. You postulate a theory. Devise a test for that theory. Gather evidence based on that test and reach a conclusion on your theory based on the empirical data. He was a staunch believer in healing psychological wounds yourself. As a child who managed to survive the Nazis and the murder of the majority of his family, he had a low self-pity quotient and high reliance on self-reflection and improvement.

While later in life, during difficult times and moments I embraced therapy, and believe in it as a tool to solid mental health, I never embraced Freudian theory. I found it too reliant on the sexual and largely impossible to test and quantify, so I rejected it. Not that it was not worth learning. Certain constructs within his theories are extraordinarily useful in understanding how the mind operates. For example, I think his theory on ego, superego, and ID valuable. The theory is that the ID develops first and is the part of our mind that directly responds to our basic urges, needs and desires without any modification by consequence. The ego develops to moderate the unrealistic ID and the external real world. Ego works to satisfies the IDs needs by compromising or postponing satisfaction to avoid negative consequences of society. The Superego develops lasts and incorporates the values and morals of society. It has the function of persuading the ego to turn to moralistic goals rather than simply falling pray to the ID’s whims.

I was thinking about this the other day.

I was having pleasant, if not somewhat upsetting conversations, with a number of my friends who are great fans of the current occupant of the Oval office.  They believed that the steps that Dr. Fauci and other rational Covid 19 thinkers are too much. Social distancing does not appeal to them. Masks are a ruse. Hygiene is useful but how many times can you wash your hands a day. They want to “free” our economy by letting stores, restaurants, and bars open and letting the public fill the stands at sporting events.   I did not understand this at all. I was, remember, raised by a scientist. The empirical evidence clearly shows that when a population wears masks, embraces social distancing and practices good hygiene the incidence of disease is reduced to manageable levels. Why, then, did my friends reject the science and embrace theories that would only make the Covid crisis worse?

So I asked them, perhaps undiplomatically, why they thought it was okay to violate these simple, easy to implement rules.

A few gave me constitutional arguments.  Wearing masks and keeping folks from assembling the way they wanted to, violated their first amendment right of assembly. In a rare show of tact, I just listened instead of telling them that they seemed very interested in their constitutional rights and not so much when it came to people protesting systematic racism in places like Portland, Chicago and New York.

Quite a number mentioned that they thought that Covid 19 was a fancy flu that was overblown by the liberal media and that if we had not “over reacted” at the beginning this “thing” would be over by now. I guess I could have mentioned that factually they were wrong with Covid having 10x mortality rate of the flu and that the empirical evidence suggests we reacted far to slowly and then without any cogent plan. That was what was prolonging our suffering.  But I suspected facts had nothing to do with their arguments, so I just let them talk.

There were those who espoused personal sacrifice. The Covid crisis had caused them to give up some of their favorite things. They could not go to the gym or to play golf or go to sporting events. They did not feel like sacrificing anymore.  They were willing to take the risk of eating in restaurants or meeting friends at cocktail hour because enough was enough. When I pressed them a little and reminded them it was not just about their personal wellbeing, that eating indoors at a crowded restaurant or having a drink at a bar could infect dozens of people they came in contact with and dozens more who those folks came in contact with, they had no response. They had sacrificed enough, and they were going to do what they wanted to do.

I am very fond of the people I talked with whom I spoke. Most of them I have known for years and in few cases decades. I thought that I knew them well. Without exception they are smart talented people whom, under normal circumstances, I would enjoy spending time with. Which is why I found these conversations exceptionally confounding. How could people I know and like choose paths that would lead to the spreading of the disease and without regard of the consequences? How could smart people not accept the basic science that the disease is real, deadly and do the right thing by implementing the simple acts of social distancing, mask wearing and limiting your exposure to other people?

I wanted to be kind to them. I wanted to be understanding. They were after all folk whom I considered friends. But my anger at their blatant and ignorant disregard for others in pursuit of their own personal gratification made me want to label them. Call them names. And, I thought of quite a few epithets, many of which would still be bleeped on network television. However, while I was going through this litany of invectives, I hit upon a word that described them perfectly.

Not in the traditional sense of the word: an utterly foolish or senseless person. Or even in the archaic psychological meaning that defines a person of the lowest order of intelligence with a mental age of less than three years old and an IQ less than 25%. But in a Freudian sense where a person is ruled by their ID.

Remember the ID is the baby part of the brain. It responds to basic urges and needs without modification by consequence. We develop ego and superego to moderate the ID’s urges to avoid negative consequences in society. Folks, who think only of themselves, deny there is a pandemic, feel the need to congregate in indoor places like restaurants without masks, don’t wear masks or social distance are only using their IDs and are by definition “IDiots.”

Please do not get me wrong. I am not trying to insult these disease propagators. That would be unfair. I am merely trying to define their behavior and to remind people not to be an idiot…socially distance, practice good hygiene, and wear a mask.