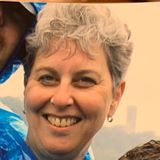 Have you ever not realized that you have lost something until you found it again?

In 1977 I was a sophomore at Syracuse University. Trying to fulfill an academic requirement for my liberal arts degree I decided to take Art History 101. I heard that it was pretty much a gut course and that I would be able to ace it with out much problem. At the time, I was a pre-med student and had three science classes to deal with so this seemed like a pretty good idea to me. As it turned out it was a good choice. I ending up loving the course.

The course was held in Huntington Hall in a very large lecture hall on Tuesday and Thursday at 9:30 AM.  I was an early bird even then, so it was my second class of the day and I can remember distinctly always stopping and getting a large coffee and a bagel with butter before each class. I would sit in class, listen to the lecture, watch the slides roll by, and eat my breakfast all the while trying to take notes.

The class was large, perhaps 200 or so people but like everything else in life a pattern soon emerged. People like sitting with their friends. They feel comfortable sitting in the same seats. And, I was a creature of habit like everyone else. I would usually sit about 1/3 down from the entrance to the room, which was in the back, on the right hand side on the aisle. Close enough to see and hear well yet far enough back that I could bolt if I needed to.

Pretty much from the very beginning two very cute girls sat behind me. (How they could see beyond my Afro I will never know.) They clearly knew each other quite well as they would always walk into class together, leave together and talk to each other through out the class. Their chatting was not an indication that they were bad students. They weren’t. They took copious notes. They were just as comfortable with each other and their conversations reflected it.

You get to know people pretty well when you hear their conversations week after week. And these two it was clear had know each other for a long time. They talked about everything from their hometown, to high school friends, their boyfriends, and they laughed a lot.  You know how these things worked in college,  pretty soon you get drawn into a conversation as if by some gravitational pool. And before too long, you get to be friendly, and then you get to be real friends.

Their names were Debra Adelstein and Lisa Vigdor. They came from Rochester New York and had been friends, best friends, since they were freshman in High School. They were bright and attractive, often funny, and a joy to hang around. We became study partners where they helped me get an A but more importantly they made studying fun. Eventually, we became real friends.

Lisa was about 5’4” with dark brown curly hair. She had an a great figure but was so modest that she rarely showed it off hiding it behind overalls and flannel shirts. She had a serious boyfriend, whom she knew she would marry, who went to another school. She was also smart enough to know that marriage was going to be a long time so she made sure that she found companionship at Syracuse as well.

Debbie was not quite as attractive as Lisa. She was taller, with a long neck, dark blonde hair and green eyes. She was smart and driven and always seem to know what direction she was going in. Unlike Lisa, she was always, to use my mother’s term, put together. For what ever the reason Debbie always had a hard time hold onto relationships.

I could probably murder a lot of defenseless trees by telling you all of the things that we did together but I think it would be easier on my fingers and perhaps your ears if I told you my fondest memory of this relationship.

I changed my major my final year at Syracuse and as a consequence had to take 18 credits, or one more course than the norm both semesters to graduate on time. I had also made a deal with my parents that year. If they paid for tuition and room and board I would take care of the rest. Considering that I had a car and all that entails and was trying to date women in necessitated that I work about 30 hours a week. My schedule sort of looked like this:

12-6 work at the Rathskeller

After I finished at the Library, I would usually drive my Orange 1972 VW Superbeatle home. But Debbie and Lisa lived just down the street from me I would usually find myself on their door stop. Our routine was pretty much the same. I would come and sit on their couch. Someone would roll a joint, or pull out a bong, and we would talk, listen to music and play backgammon until the wee hours of the morning.

Two things stand out from those sessions. First, the music….the girls had a major obsession with Joan Armatrading. The song Love and Affection was always sung aloud especially after the consumables. Second, Debbie did something that nobody had ever done before. She asked me how my day was and wouldn’t let it go until I had given her a response that was significantly better than Ok. She really wanted to know and thinking back on it nearly 30 years later I am still touched by that thought.

It probably is good to note here that Debbie and I never slept with each other, dated or had a relationship more than a special friendship. We talked about it from time to time but always came to the conclusion that it was not going to be like that for us but the thought was usually with us like a silent guest at a party.

After graduation we went our separate ways but stayed in touch. I went to New York to start a career and Debbie went to graduate school and became a journalist. First in Louisville and then in Washington DC. We would see each other a couple of time a year, and talk on the phone often. It was always like starting a conversation in the middle and never quite finishing it.

I called Debbie on the phone and I said “Look I am going to go wacko unless I get out of town and just go somewhere and play for a week. I got a bunch of miles for airtravel. I have hotel points. Come with me to Cancun. We will have fun.”

Deb’s response was “How would be going….would we be a couple or are we just going to be friends.” Because I was not then nor am I now too bright I didn’t understand why she was asking the question and I said “Of course as friends…to be honest I don’t think I could handle anything else to well.”

Somehow I convinced her that to come with me. It was signally the worst trip I was ever on. I was depressed and wanted to just get away from the darkness that brings for awhile. I wanted to eat, drink and be merry. I did not want to have serious conversations nor really understand what I was going through. I certainly did not want to start a relationship with anyone. I especially did not want with Debbie whom I had decided long ago was going to be a good friend and nothing more. Unfortunately, Debbie wanted to discuss my bleakness at great lengths. She also wanted us to have a relationship with me. She did not want to eat drink and be merry.

We both left that trip with scars. And from time to time I would miss her and call her on  the phone but the conversations were never that good or that much fun, and eventually we stopped calling each other. Overtime I learned from mutual friends, she had married, started a family and was very happy and I was happy for her.

Right after labor day I started receiving calls on my cell from a 301 (Maryland) area code. I have a policy of never picking a phone call unless I know who it is from. I figure that why god invented voice mail. (Note: There is one exception to this rule known as the Kristin exemption which is that if the phone call is from Massachusetts I always pick it up in the hopes it might be you!) The odd thing was they never left a message and no one I know lives in Maryland. Yesterday they finally left a message saying that “If I wanted to make it a great day, I should call back this number.” So I did and it was someones home number and I left a message…I had a suspicion but….

This morning the 301 number called again and the person said “Do you know who this is?” and I said “Of course I do. Its Debbie Adelstein.” And proceeded to talk to each other for over an hour like we had left off in the middle of the conversation.  We forgave each other for our bad trip…my bad place in the world…her expectations from me and we go off the phones friends again.

When I got off the phone with her I realized how blessed a person I am. How over the course of my life that I have been able to make so many friends. People who honestly care about me and my life and my happiness. People who miss the bond we have together when it is absent.

I also realized that Debbie was a friendship that was absent from life for over 15 years and that I didn’t even realize that I had missed it until it found me. It made me wonder what other things have disappeared from my life that if I found them or they found me, would I realize that I miss.