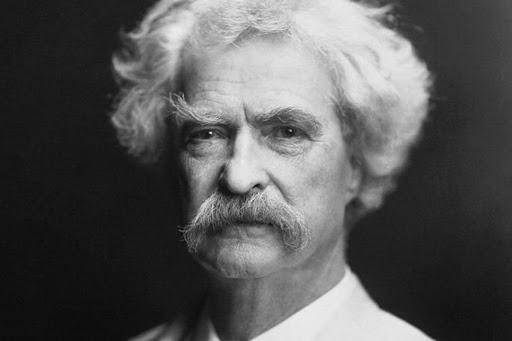 Mark Twain was fond of saying “There are three types of lies. Lies, damned lies, and statistics.”

I was thinking about that particular quote while reading The New York Times this morning. I had just read an article by  Michael D. Shear, Maggie Haberman and Linda Qiu titled “White House Orders Staff to Wear Masks as Trump Misrepresents Testing Record.” The article said that Trump claimed (and proclaimed via large banner adjacent to the podium) “America leads the world in testing. While the statement may be true in absolute terms it is patently false on a per capita basis. Germany, Russia, Spain Canada, and Switzerland and at least 20 other countries do better than US in testing per capita.

I thought the article an important read. I thought that if  people read the article would help inform that about the misinformation that the White House is perpetrating in regard to Covid 19. I was thinking of posting it. But then I remembered that quote and all the arguments that I have had with “Trumpists” (a term coined by others, but I take to mean an unwavering supporter of Donald Trump.) Typically, they love to use random falsehoods and statistics to claim that the mainstream media is misrepresenting the truth. In this case, the President delivered his statistical argument that we had tested more people per capita than “South Korea, United Kingdom, France, Japan, Sweden, Finland, and many other countries”

Then I thought of another statistic, that my wife and I had been discussing a few minutes earlier. We both noticed that when we post serious articles (e.g. an article I posted yesterday about Trump’s racist remarks to a CBS reporter of Chinese descent) they have a very low response while flippant or off color remarks about similar subjects produced large response from social media. An example of this might be a post my wife and I created about  President Bolsonaro of Brazil on Sunday. Using a meme originally created for Donald Trump “If you could heal Covid 19 sacrificing just one person, who would it be and why did you choose Bolsonaro.” That meme generated over 1,000 shares before it was blocked by Facebook as “hate speech.”

It occurred to me, that while posting an article that is serious and contains valuable information, that could help inform and make those who read it more knowledgeable and, would make me feel better, the social impact would be negligible. And of course, the only ones who would comment or respond to it in any way are those who already agree with me. While there is value in sharing information with those who agree with you in that increases the group zeitgeist it would do little to change opinion or inform those who disagree with you.

So why post the article. It gives me an opportunity to vent my outrage and when people respond in the positive and to some extent negative, I feel rewarded. As a big fan of BF Skinner, I recognize it as a prize in the operant conditioning paradigm. Which of course keeps me posting so I can continue to get those attaboys. It also makes me feel like I am being heard which in the days of social isolation is especially important when you are 5000 miles away from home as I am. Perhaps, there is also a touch of a hero syndrome thrown in. Fighting the good fight regardless of consequences makes you feel larger than you normally would in life.

In other words, the only reason to post, is because it makes you feel better. That is not a bad thing. But understanding it is helpful self-awareness.

This first cup of coffee analysis also made me think of something else. Beyond, what I am going to post comes what am I going to believe? There is so much data mining going on right now to create statistics that support a person’s own point of view how do I discern what is a “lie, damned lie and statistics.”. With so much data mining to produce statistics that support a partisan point of view how do I know what “fact” is and what is data manipulation.

I believe the first rule is never believe anything that Donald Trump says as “the truth.” Statistically speaking it is unlikely. Since becoming President he has told nearly 20,000 lies, falsehoods, or misleading things. That is an average of over 16 untruths per day of his presidency.

BTW the above is an example of datamining to support a political point of view. But that brings me to my next point.

When I was in 8th grade my social studies teacher was Mrs. Segal. She believed that the reason we should all want to study the social sciences could be found everyday in the newspaper, or on the nightly news from the networks. She keenly aware that history was a matter of perspective. That different people could view exactly the same thing and based on personal experience, training, and a host of other things, would see and report differently. As a consequence, she set out to teach us how to consume the news in a balanced way that would lead to a fair interpretation of the facts. Here are some of her tips:

All this from thinking about one Samuel Clemens quote. Perhaps less coffee at breakfast is in order…are their statistics on coffee consumption and tangential thinking?