But I Think It Is About Forgiveness 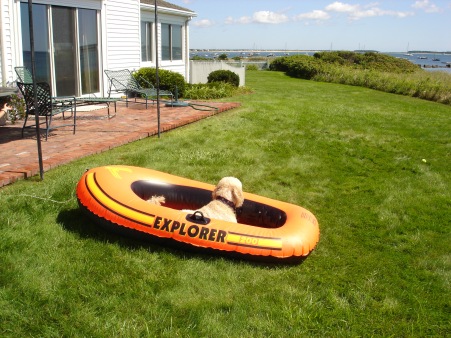 Elaine and I were watching The Crown last night.

No, I am not late to the party, but I have just set up Netflix on the smart television that we have in the bedroom and this was the show my wife wanted to watch. While I am not sure of her motivation, perhaps she saw Elizabeth’s and Phillip’s marriage as a role model for our own, or that it had been recommended, I agreed to watch with her despite the fact I made my way through the series long ago.

The episode we watched, Season 2-Episode 6-Vergangenheit is the one where Elizabeth discovers that her Uncle David, (King Edward VIII) had conspired with the Nazis to help defeat England including; Telling them the bombing was working so they should continue their efforts and in the process kill thousands of his countrymen; His wife passed secret documents on to the Third Reich. David’s reward would have been the deposing of Elizabeth’s father, King George VI that likely would have meant his death and that of his children (Elizabeth and Margaret.) Elizabeth struggles with the concept of forgiveness. She knows that as a Christian she has an obligation to forgive her “favorite” Uncle, but she struggles wit how “to forgive the unforgiveable.”

She calls in Reverend Billy Graham who is “crusading” in England at the time and whose television sermons have impressed her to see if he can provide guidance. He tells her that it is the duty of all Christian’s to forgive. When Elizabeth ask’s “But what if you cannot find it in your heart to forgive?” His response is that if you cannot forgive, you must ask God to forgive you for not being able to forgive. I thought it a wonderfully circular argument but perhaps a way of absolving yourself before you put in any real work.

It was also completely different from my understanding of the Jewish concept of forgiveness. I was taught that there are times when a Jew has the obligation to forgive, times where forgiveness is optional and even times when it is forbidden.

It is obligatory to forgive someone when the offense in which forgiveness is needed is not irrevocable and the person in need of forgiveness, asks for it. The rabbis teach that the “sinner” only has to seek forgiveness three times (over an extended period.) It is hoped that the person from whom forgiveness is sought will provide it long before the third request but if it is not it is assumed that person has the problem and the sin is forgiven regardless whether it has been given.

It is optional to forgive someone when the offense is either irrevocable or the person has committed the offense does not seek forgiveness. A classic example of the irrevocable is slander and the example given is:

The Gossiper
A woman repeated a story (gossip) about a neighbor. Within a few days everyone in the community knew the story. The person she talked about heard what had been said about her and she was very sad. Later, the woman who had spread the story learned that it was not true. She was very sorry and went to a wise rabbi and asked what she could do to repair the damage.
After giving this some thought, the rabbi said to her, “Go home, get one of your feather pillows, and bring it back to me.” Surprised by the rabbi’s response, the woman followed his advice and went home to get a feather pillow and brought it to the rabbi.
“Now,” said the rabbi, “open the pillow and pull out all the feathers.” Confused, the woman did what she was told to do.
After a few minutes, the rabbi said, “Now, I want you to find every one of the feathers and put them back into the pillow.”
“That’s impossible,” said the woman, almost in tears. “The window is open and the wind has scattered them all over the room and blown many feathers outside. I can’t possibly find them all.”
“Yes,” said the rabbi. “And that is what happens when you gossip or tell a story about someone else. Once you talk about someone, the words fly from one person’s mouth to another, just like these feathers flew in the wind. Once you say them, you can never take them back.

(The Gossiper is particularly poignant story in today’s world of social media.)

And if a person sins against you as a person, and does not ask for forgiveness, you are under no obligation to forgive that person. That obligation to seek forgiveness is totally on them. But it is strongly suggested that you do excuse them otherwise the animosity that you hold for these people becomes a power onto itself and corrupts your good intentions and your life. Why give the people you hate the most in the world power over your life?

The instances in which you are forbidden to give forgiveness is when someone sins against someone else and shows no remorse about what they did. The example Rabbi Telushkin gives is the terrorist’s who carried out the attacks on 9.11. They showed no regret for what they did and only regretted the fact that the attacks did not take place an hour later when many more people would have died. Christian traditions suggests we should forgive but Jewish tradition says that forgiveness is up to God.

In todays world the most glaring example of the unrepentant is Donald Trump. The damage he has done to our lives, our economy and our republic are incalculable. I personally find it comforting that I have no obligation and I am in fact forbidden to forgive.

What I like most about the Jewish tradition is that those who have committed offenses against you are obligated to seek your forgiveness. And you are required to listen and seek a way to forgive them. If you cannot the assumption is that something is wrong with you. As important. If the person who has done you wrong does not seek forgiveness or it is irrevocable in some way, we are asked to let it go. Forgive the offense and move on because it is better for you.

Please do not mistake me for something I am not. I have no desire to be the home motivators that have popped up in the wake of the pandemic giving people instructions in how they can turn their daily monotony into something productive. I am not a self-help person although I will admit to reading a couple of those books from time to time.
What I am is someone who occasionally is inspired by something I read, see, or view and because I fancy myself a storyteller, I feel compelled to share.

That being clear, it occurs to me that we currently have a lot of time on our hands where many of us are filling our days with idol things like eating too much, streaming videos, and other cotton candy of the mind type of things. Perhaps if we spent a few minutes every day thinking about those we have committed offenses against and seek their forgiveness we could find greater joy in our life today and when we are allowed into the sunshine again. And maybe if we spent an additional few moments everyday thinking about those irrevocable and otherwise unforgiveable offenses committed against them and figure out a way to put them aside, we can bring a little more sunshine inside ourselves.