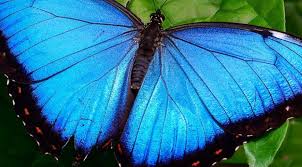 I got some very disappointing news yesterday.

As has been my custom since my original flight home on March 21st was cancelled, I logged on to the American Airline website to make sure my current reservation for May the 9th was good. Initially, I was relieved to see that my flight from Miami to Newark was still running and my seat reserved. But it did not show any flight that would have flown me to Miami from Rio. This was disturbing to say the least so I called American Airline and inquired to the status of my missing flight. Sadly, they told me that flight had been cancelled and service would not resume from Rio until early June. I asked them about options that could get me home earlier and after much clicking of the keyboard suggested that if I could get to Sao Paulo they had flights that were still operational from there.
I rejected this offer.

These days any place where people congregate pose a threat to your health and your life. Going through three airports to get home seemed like a high-risk situation and not a particularly good option. But even more than that I did not want to go to San Paulo as it is a hot bed of Covid 19 and as the most densely populated city in the Americas it was likely to be far riper with infection in May than it is now.
We spent the next one and half hours looking at different options. One possibility they suggested was that I fly to London on their partner airline, British Airways, and then on from there to NYC. While this would have been a long walk for a short glass of water, it would also be on a trusted airline where I had a little status, so I asked them to investigate. This produced an extensive hold where I explored other options that didn’t involve American or its partners.

Delta, which had service from Rio, was no longer operating those flights but I could fly on their partner airlines to Panama City then onto Atlanta and finally home. This seemed at least one airport too many with too many chances at failure so I discarded that option.

Riffing on the British Airways flight I explored Lufthansa and the idea of flying from Rio to Frankfurt and then on to Newark. My reasoning was if I had to brave two airports, doing so in Germany which has fought the virus more successfully than other countries, seemed the least of many evils. Unfortunately, the price for those flights were, excuse the pun, sky high and way beyond my desired price range.

A search of Orbitz and Kayak provided many options, some ridiculously inexpensive ($258 one way) but they all involved multi airports on carriers that were 2nd and 3rd tier where a cancellation could turn into a stranding. These too were rejected.

Eventually, the kind agent came back on the line. She was very sorry to inform me but British Airways would not honor any portion of my current ticket and as a consequence if I wanted to fly the Rio-London-Newark flight it would cost over $2000 including the refund on my ticket. So that option was added to the rejection pile.

I asked her what other alternatives she could offer. This produced another extensive hold during which Elaine asked me what I was up to. I explained to her with frustration, anger and sadness in my voice that my flights back to the states in May had been cancelled and that I was looking for other options.

She said , putting her arms around me “Stay with me my darling. We will be safe here. I will make sure to take good care of you. I don’t want to be without you.”

Needless to say this offer pulled at every fiber of my heart and soul. Of course, I didn’t want to leave her so I asked “Didn’t you say you were going to come with me?”
My wife, who consumes more information about Covid 19 than most news services replied, “Yes, but it is too soon. New York is still too dangerous.”

When I explained that in my opinion New York would be on the other side of the curve by the first week in May and that it was more than likely that the disease would really begin to take hold in Brazil by then. In other words, a perfect window in which to flee this country, she reiterated that it was “too soon” and that if I left in June she would come with me. And, that she would make us “very comfortable here.” And then she through in the kicker. “Did I want to leave her alone?”

I was at a loss of words. No I didn’t want to leave her alone. I wanted her to come with me in May. That Brazil has demonstrated even less competence than the United States in fighting this pandemic. If it were not for the health minister and the threat of Army intervention the President would have sent everyone back to work. That my profound fear is that when things get really bad here, as they are now in New York, the infrastructure of the country will break down and we will well and truly be fucked. How do I as a husband, who is still paternalistic enough to want to be the big brave strong man who protects and shows no fear that I am scared shitless at the idea of getting sick in this country. The idea of being treated for a possibly fatal disease in isolation with no ability to communicate with my care givers because of the language barrier is a nightmare to me.

Recovering from my inability to articulate, I told her the truth. Or at least a version of it. I missed our home in Chatham which, for both of us, had been our “shelter from the storm” of the outside world. Where we could easily be self-contained and where life was far easier than it is in Brazil. I told her that I missed our Rosie and our mutually reassuring snuggles something that as nice as Romeow is a cat could not provide. I told her I yearned for a decent hamburger, let alone Pizza, let alone a New Jersey Sloppy Joe (Authors Note: For those of you who did not grow up in Jersey not only do I feel sorry for you in general but because it is highly likely that you have never tasted this sandwich. It is not a Manwich. It is far more special. See https://en.wikipedia.org/wiki/Sloppy_joe_(New_Jersey)

She put her arms around me and said “My darling. I want you to stay. I will make you comfortable. I will make sure you feel safe.” I had to smile. This is the nature of our relationship. She or I can say one thing and the other knows the true meaning of what it is we are saying. As when she asks me if I want a cup of coffee and I know that means she would like a cup of coffee and would I please bring it to her. She knew when I said I missed be home that what I was really saying is that I missed the feeling of safety that our home in Chatham imbues.

When the ticket agent returned to the phone she told me that the only two options she could offer me were making my way to Sao Paulo and catching a flight from there or waiting until they resumed service from Rio to the United States in early June. After a few seconds of thought, I said “Book me a flight home from Rio in early June.”
She replied, “If you book this now, you cannot get a refund if you decide to change your mind.”

What I wanted to say was “Fuck you. You cancelled three flights on me and now if I want to cancel one you will ding me for it. Fuck fuck fuck you.” Instead I said “ Book the ticket please.

My wife hugged me and said “ My love you made the right decision. I am sooo happy.”

Later that day, I went for a long walk through our neighborhood. Instead of listening to my audiobook (Elizabeth George, Well Schooled Murder) I spent my time pondering whether or not I had made the right decision. In truth it had been a Siberian dilemma, with no options that were good. Go, and abandon my wife and risk catching infection from walking around airports ripe with virus for the feeling of safety at home. Or stay, risk a worsening infection in Brazil that might even postpone my trip home further but be with my wife so we could weather this storm together.

Around my third time pondering through this dilemma I saw a flutter of movement and a flash of electric blue in front of me. Perched on a Brumilla was the very rare and quite special Blue Brazilian Morpho Butterfly. Nearly 5 inches across and usually only spotted in April seeing one is very special. Seiing it made me flash back to a speech I heard years earlier from advertising legend Ray Mithun. Asked about the secret of success he replied “Well, I guess I just know what to do when a butterfly lands on my shoulder.”

A rare and beautiful blue butterfly had landed on my shoulder. Now I just needed to figure out what to do with it.