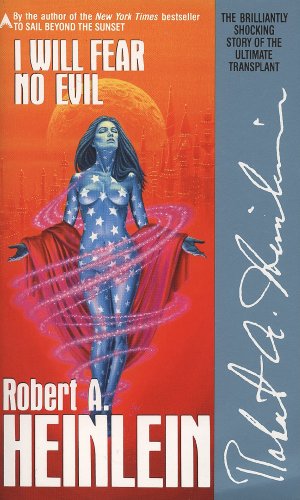 I don’t often talk about it, but I have a serious addiction.

It is pernicious It is overwhelming. It is something that I am powerless against and its urges literally strike me wherever I am. I can be at the breakfast table or the toilet when it digs its claws into me. I can be on the train commuting to the city or in bed late at night when I feel the need to feed it. I have fed my addiction on airplanes, cars, subways, waiting rooms, friend’s home, and swimming pools.

I am ashamed to say, that as old as I am, I still blame my parents for my addiction. After all, they did teach me how to read.

From the earliest days when Pooh and Piglet became my companion, I have a near insatiable desire to read. Early on I discovered, that books and stories could transport me far away from the reality in which I was living to a place more magical where instead of being at the whims of chaos I was a observer not subject to the laws of the universe that I was in. Reading brought knowledge of far away places and histories of peoples I had never of heard of. It sparked my imagination and made my world larger and more robust.

A normal day has me beginning and ending my day with reading. It starts with the morning paper which like my father before me I consume like whole cloth. I especially like the serendipitous often smaller stories that recount something amusing or interesting that has happened in some nook or cranny of the world that you would never know about unless you happen to read the newspaper that day. And while at times (excuse the pun) I am forced to read electronic editions I prefer the paper as I think the GUI better.

At lunch, when I am alone, I try to read a novel or a history. A good story well told that will allow me to temporarily hold at bay the problems of my day.
When I am walking Rosie 4 times a day I am usually listening to an audio book of some sort. While technically it is not reading but listening I often tag team a book where I both listen and read a book concurrently. I know. Disgraceful.

At night, like many, I enjoy watching television or video or whatever we call it these days. But usually, I multi task reading along with the programming. A magazine or e-story someone has sent me.

I read myself to bed every night and when as I find myself often, awake in the middle of the night, I read to forget the loop of thoughts that has caused me to awaken in the first place.

Covid 19 has totally screwed this all up.

I find no comfort in reading the newspapers anymore. Learning about the incompetence of the federal response or that the death toll in the United States is greater than the total population of my hometown is deeply disturbing to me. After reading about the ills of the world I have no desire to search for and find the stories that normally would delight and amuse me.

I don’t have the courage of my wife who reads the ink off of El Globo, our local paper, every day. She revels in getting as much information about the pandemic here in Brazil as possible. Like in the US the federal response to the virus has been pyknic and led by a man with less brains and charisma than Trump so reading the news is important for her knowledge base. However, I cannot muster the same courage for the US as the news does not change much each day. Donald Trump is still trying to cover his ass as opposed to saving lives and generating a unified, scientific approach.

So I don’t read newspapers anymore. Okay a cheat a bit.

Under normal circumstance the sturm and drang of the new cycle would drive me to fiction or a well told history. But sadly, this has not helped.

Science fiction is one of my favorite genres. It speculates about an untold future that helps accentuate the foibles and shortcomings of our current society. Sadly, our world today is too much like a science fiction novel. Incompetent former reality television star is elected President of the United States through Russian interferences and mishandles a pandemic that causes the death of hundreds of thousands in his country.
So I can’t read Science Fiction right now. It is too close to reality.

History is usually about leaders who find themselves in difficult or impossible situations but manage to find inner strengths and martial their country through the danger. The Splendid and The Vile by Erik Larsen is a book I read early on in this crisis. It is about the first year of the 2nd World War and Winston Churchill’s leadership that help bring about a victory in the Battle of Britain and the miracle of Dunkirk while inspiring his country to reach deep and come together. The comparison to our current leadership is maddening and so discouraging that I find the idea of reading about great leaders nearly impossible.

So, I choose not to read history right now as it makes me yearn for Teddy Roosevelt when we have Bozo with bad hair.

So how do I feed my addiction.

Most of the authors that I follow for the purpose of saying “nah nah nah nah” to the outside world such as Michael Connelly, Dick/Felix Francis, John Grisham, Harlan Coben, Walter Mosely, Phillip Kerr, Carl Hiasen, Stephen King, Lee Child, Michael Chambon to name just a few I am caught up on.

So I am asking you to be my enabler. Send me your thoughts on which authors and or books you read to help you forget the current reality so I can forget this madness of the current world and escape to a simpler, alternative reality.

1 Response to My Secret Addiction